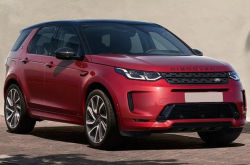 Land Rover is issuing a recall for a dangerous electrical issue in the 2019-2020 Discovery SUV. They opened an investigation back in April after an increasing number of warranty claims were made saying the vehicle's electrical functions "cut out at highway speeds." That's never good.